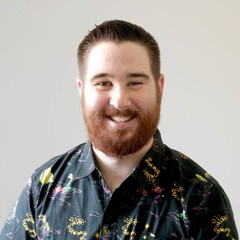 In my world magic and spaceships exist. It's being able to wake up every day to work in this world that makes life an adventure. I never know what's going to happen, how far across the stars I'll go, or how close to the dragon I'll be able to get.

It's this sense of adventure that keeps me excited to work. As a virtual production designer, I need to know a little bit of everything - architecture, animation, lighting, 3d modeling, drafting, visual effects - the list goes on. Being able to take all those skills and lead a project or a team, however small, is what I do best. And while the end of the project is always great, it's the adventure that really makes me say at the end "that was awesome - let's start the next one!"

I look forward to being able to go on an adventure with you and your team! Together we can travel across the planes of imagination and create worlds without end.